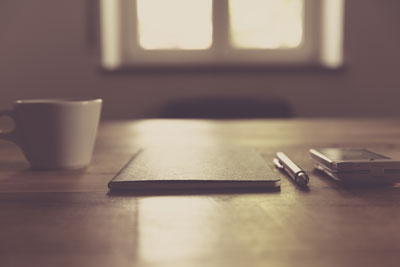 Early in his career, Ian Siegel worked at companies too small to have a human resources department. He had to manage his own recruiting, and quickly found the process to be grossly inefficient — posting to multiple boards and processing scores of candidates that flooded his email inbox.

Siegel remembers staring at a stack of printed resumes on his desk and thinking, “There’s got to be a better way to do this.” So he devised one!

Through his experience assisting employers with their hiring, Siegel has gained insight into common issues on the job-seeker’s side as well.

If you’re looking for a job, you know how much work goes into putting together a memorable resume and cover letter. Spending time submitting applications only to never hear back from employers is frustrating and disheartening. But, as Siegel explained when I spoke with him, it doesn’t have to be this way.

Using insights from ZipRecruiter’s database of more than 7 million resumes and 8 million jobs posted in 2015, Siegel has learned to identify red flags early and chart a course around them.

Here are his tips for making your job search easier and more productive.

1. Research is the fastest way to get hired

With the ease of online search and one-click job applications, sending a mass submission to every job in your area might seem like a productive course of action. Unfortunately, just because you’re sending a resume to a large number of inboxes doesn’t mean it’s getting seen.

“Our data show that job-seekers who submit more than 46 applications in a 30-day period are only four percent more likely to get hired than those who submit between six and 10 applications in the same amount of time,” said Siegel. “Essentially, sending out a bunch of impersonal applications doesn’t increase your odds of getting a job.”

What should you do instead? Research the companies you’ll be applying to, not just the job, and set yourself up for success before you even apply. According to Siegel, “Having some context will not only help you decide if a role is one you want to pursue, but is the absolute key to writing a standout cover letter. Whenever you’re talking to the company, always be answering the question, ‘Why do you want to work here?’”

Forty-six percent of all hires at top-performing firms are referrals. No matter where you are in your career or job search, you’ll always benefit from a strong professional network.

“If you’re just starting to build your network, don’t be shy,” said Siegel. “Reach out to former teachers, speakers you saw and admired, people currently doing your dream job – anyone you feel you could learn something from. Ask them to meet for coffee and build a rapport. It’s especially important to nurture these relationships when you’re not actively looking for a job, so you’ll be top of mind when an opportunity does come up.”

Another great way to make yourself known is to contact companies when they’re not hiring. Establish a good relationship with hiring managers by inquiring about future positions, offering yourself for freelance work, and asking about other opportunities within the company. When a position does become available, you won’t be just another anonymous resume in the pile.

Your network can be a powerful tool for you in many respects, providing you a pool of qualified professionals whenever you’re in need of job referrals, recommendations, or career mentorship. As Siegel directs, “Use it wisely.”

3. Know yourself in order to sell yourself

Seventy-five percent of HR professionals say they decide on a candidate in less than five minutes. That means your application needs to stand out — or the right reasons. Hiring managers are busy, and they welcome things like grammatical errors and other avoidable mistakes as opportunities to toss your resume and move on to someone more qualified.

While you’re perfecting your resume, take some time to think carefully abouteverything you might want during the next five years— everything from career aspirations and salary requirements to hobbies you’d like to pursue and family plans. These dreams shouldn’t be carved in stone, but thinking about them will give you an idea of what you’ll need from your next job to move on your desired path. Siegel recommends asking yourself: “What do I already know that will propel me forward? What do I need to learn?”

Knowing the answers to these questions will improve your interview style. Some of the most common interview questions include, “What are some of your strengths and weaknesses?” and “Tell me about yourself.” These are topics that make most people sweat, but that’s often because they haven’t given them enough thought. Many people go with a canned answer about time management and loving hard work, and after the interview, they don’t stand out in the candidate pool. Instead, Siegel suggests job-seekers learn their strengths — and their weaknesses — so they can present each accordingly.

Finding a great job takes work, but it’s really a great time to be a job-seeker. Businesses are hiring and unemployment is low, which means less competition for you. Even though getting a job — any job — might feel like the most important thing in your world, taking time to consider your long-term wants and needs will free you to be more authentic when talking to potential employers, and help you find a role that’s a great fit for both you and the company.