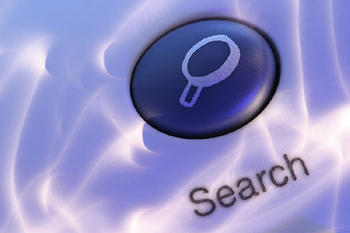 When former Monster.com President Steve Pogorzelski joined Avention as CEO in 2014, his first order of business was to get the right people on board. He knew that if he wanted to do so, it would require that he clearly define the company’s values and corporate culture.

Although the business information company had been around for 20 years, a value system had never been articulated. In fact, when Pogorzelski asked employees to define what the company stood for, no one could really give him an answer.

To Pogorzelski, values and culture are essential, because they help guide members of the company to evaluate progress, conduct operations, and make important decisions, including who should be hired, fired and rewarded.

Many business owners, executives and HR representatives have at least a story or two about a candidate with a great résumé who just didn’t fit, or a worker who didn’t stand out at first but turned into an integral component of success.

There’s no single secret to finding the right candidate, of course, but Pogorzelski believes that having a strong value system and a defined culture can help you determine who will thrive at your company.

Here are his go-to interview questions to determine which candidates bring the right qualities to open positions.

1. What was your biggest business success story?

In asking this question, Pogorzelski looks as much for the way in which the job seeker tells the story as he does at the story itself. Many candidates, eager to appear accomplished and qualified, position their successes as accomplishments that they reached on their own. Few projects or initiatives are successful because of one person, which reflects a principle that Pogorzelski emphasized when developing Avention’s culture. In fact, one of the Avention’s tenets is “every person adds value.”

For him, overuse of the pronoun “I” is a red flag when potential hires share examples of their most successful moments. “We,” by contrast, is Pogorzelski’s favorite word to hear when candidates describe their biggest successes.

Candidates who say “we” and give their co-workers and teammates credit are the kinds of people likely to take on more work in the name of helping colleagues and developing Avention’s positive, collaborative culture.

2. What was your biggest failure during your career and what did you learn from it?

With this question, too, Pogorzelski looks closely at the ways in which candidates describe their experiences. Taking accountability in times of failure is an important piece of Avention’s value system, so he considers whether prospective hires take full responsibility in the retelling of their biggest failures. One clear sign of such a person is whether the candidate starts his or her sentences with “I.” He says, “Someone who can take full responsibility for a failure and explain the lesson in it is likely a person who would fit in well at Avention.”

3. What could I do differently or better as CEO?

One of Avention’s values is openness and transparency. To understand whether a candidate “gets” this, Pogorzelski will ask what the company could do better and what he could do better as its CEO.

It’s never an easy question to answer, but he believes it’s one of the most important ways to assess whether potential hires align with the value system. Candidates who shy away from answering this question may not be brave or direct enough to succeed at Avention. Those who are informed and bold enough to tell Pogorzelski how he and Avention could improve are the types of candidates that reflect the company’s culture of courage and openness.

It’s a method that’s worked for Pogorzelski throughout his career, and one that has helped him build a world-class leadership team that is poised to propel Avention’s growth.