3 Ways to Be More Creative at Work 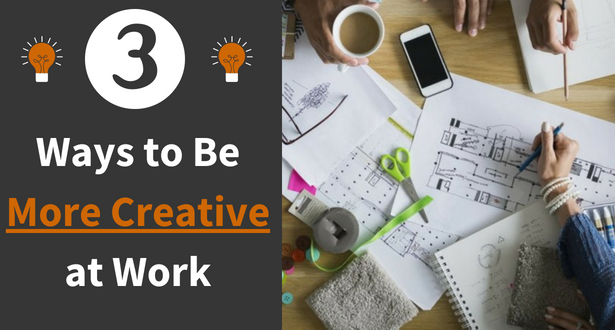 3 Ways to Be More Creative at Work

How can you be more creative to compete and succeed in today’s modern world?

Ironically, the answer is not to work more hours, but actually fewer. I discussed this surprising concept with Aaron Edelheit, noted entrepreneur and author of The Hard Break: The Case for a 24/6 Lifestyle. Edelheit says that to succeed today you should consider three things:

1 – Take a hard break from work and technology.

It turns out that when you’re not working – and just resting, a part of your brain most associated with creativity goes into overdrive forming patterns. MRI scans have shown that the brain, and specifically the “default-mode network,” is extremely active when individuals are resting.

Psychologist Tony Crabbe reports that a research group at Carnegie Mellon found that people are the limiting factor for computers today. Specifically, it is “our lack of ability to focus and think.”i The study found that with computers and the Internet speeding up, people have trouble keeping up with the speed of information and dealing with distractions. While computers are becoming capable of doing more and more tasks, people are not. “In doing more and more, we are thinking less and less,” Crabbe explains. “In an information age, it is our cognitive abilities that matter.”

Steve Jobs, co-founder and former CEO of Apple, preferred to take a long walk while having a serious conversation, according to biographer Walter Isaacson. Mark Zuckerburg, the CEO and founder of Facebook, has taken up the practice as well.

Google and Uber are joined by other leading innovative companies that have dedicated napping rooms.

Don’t fall for the trap of working longer hours, consuming more information, and trying to work 24 hours a day, 7 days a week. Instead, give yourself a hard break and be more creative and innovative, and thrive in today’s business world.