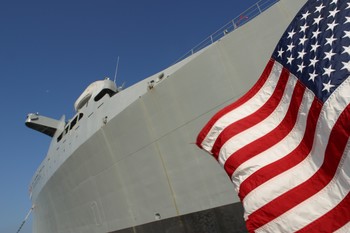 Matching the right candidate to a job is a perennial and expensive challenge. That’s why excellence in hiring and retention is critical. And it’s especially true for military veterans.

Because a veteran’s military skills are often easily translatable to a civilian job, you should have no trouble finding skilled veteran candidates. The biggest challenge to veterans in transition is often the cultural shift from a hierarchical system to a collaborative and widely disbursed leadership.

And, if your company seeks federal contracts, there are hiring mandates that require veterans not only be a part of your workforce, but a minimum percentage of your staff. It’s not just smart to hire veterans, but to work at keeping them.

To better understand how to retain veterans in the workforce, I interviewed Nick Swaggert, director of Genesis10’s Veteran Program. Here are some of his observations:

1. Retention makes sense for returning veterans and for hiring companies

Veterans have a reputation for loyalty, but that only goes so far in a job where he or she feels underutilized.

Your company spends thousands of dollars to recruit a single employee. An investment in employee retention applies across your company to all employees, and it is a relatively small cost that results not just in retention but also in loyalty.

2. Develop insights into the military mindset

You can help veterans shift from the military mindset and adapt to corporate culture more quickly and easily when you can appreciate their professional origins. For example:

To keep veterans in your employee workforce, concentrate on these three tactics:

Government contractors are required by law for hiring and retaining veterans year over year.

Mandates like the Vietnam Era Veterans’ Assistance Act (VEVRAA) require organizations with government contracts to determine if they have a need to hire more veterans and then create an action plan to accomplish it. Failure to do so could result in financial consequences.

It’s surprising how few companies really understand how this applies to them. If you’re not sure about whether your company is affected by these hiring mandates, find out more here.

According to The Fast Track to Civilian Employment, a report published in 2013 by the White House: “Each year the military separates between 240,000 and 360,000 service members, and as we draw down from the war in Afghanistan, the military is expected to separate a million service members over the next several years.”

You can do your part by hiring licensed, certified, and highly trained returning vets and helping them make a smooth transition to civilian life.