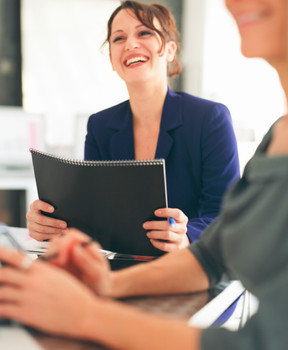 It’s become clear that women in leadership at the highest levels are good for corporate America, from delivering higher shareholder value to improving philanthropic efforts.

Yet little progress has been made toward creating gender diversity in the C-suite and on corporate boards. While that’s alarming, what has everyone scratching their heads is the lack of progress despite the sincere and substantial efforts of employers to address it.

While many leading companies have a number of women-in-leadership initiatives in place at any given moment, those companies don’t seem to be achieving the goal of consistently moving women into key decision-making and leadership roles, which have the most impact on business success.

There is no simple answer to solving this complex issue. However, new research from one of the largest staffing companies in the world, Randstad, and leading talent assessment company XBInsight, sheds light on where and why women may experience mid-career stall in their career journeys.

Here are five impactful, data-driven initiatives that companies can put in place to move more women to higher ranks.

1. Take a lesson from “middle-child syndrome”

There are striking similarities between what psychologists term “the middle-child syndrome” and what happens during the mid-career of female professionals. Consider some common sentiments among middle children: They often feel ignored or have to try a little harder to be heard, and they don’t get enough praise compared to their siblings.

Could the same forces be at play when it comes to women’s career progression? Evidence supports the occurrence of a substantial stall in women’s mid-career phase. Catalyst, a leading nonprofit organization, estimates that entry-level women represent 53 percent of new hires, but at the vice president/senior executive level, the number drops nearly in half, to 26 percent.

2. Capitalize on a high interest in leadership

While the ratio of women to men shrinks as they progress up the career ladder, women’s interest in being leaders actually increases as they move from entry level to middle management.

A survey by McKinsey shows a significant increase in desire to move to the next level, have a leadership role, and aspire to be in top management. In fact, 83 percent of mid-level women have a strong desire to move up to a higher level in their companies.

According to Randstad’s research with assessment partner XBInsight, several top competencies are associated with high-performing executives based on thousands of benchmark data points. Among them are three core competencies or skills in which female managers and directors score significantly lower as compared to male executives: demonstrating financial acumen, exuding executive presence, and managing risk.

On average, female managers and directors score in the below-average range relative to executive norms and show a 10 to 15 percentile gap in their scores for demonstrating financial acumen and exuding executive presence. The same group scores seven to 13 percentile points lower when it comes to managing risk.

Leading organizations utilize ongoing talent assessments to measure and address competency gaps and to identify areas for development and training. By identifying these opportunities in a timely manner, employers can more effectively ready their female leaders for future positions.

In addition to development and training to address skill gaps, it is critical for women to have on-the-job opportunities and access to projects that build these skills. A research program conducted by Catalyst further supports the premise that mid-career women are not working on the right projects to allow for on-the-job experience in demonstrating financial acumen, exuding executive presence, and managing risk.

In fact, the Catalyst report found that men reported their project budgets to be more than twice the budgets of women’s projects. One-third of men reported getting C-suite visibility to a very great extent while working on projects compared to only one quarter of women, and significantly more men reported that their projects involved a higher level of risk to their companies than did women.

To really move the dial on gender diversity at the highest levels, opportunities afforded to high-potential women must be comparable in size, scope and relative importance to the organization as those afforded to men.

Organizations must begin to dig deeper to uncover the specific reasons why their companies aren’t successfully fostering women leaders. Randstad and XBInsight believe there is hard evidence suggesting more focus needs to be placed on women in their mid-career stages. Are they plateauing? Are they not being promoted effectively? Are they being assessed and developed to prepare them for executive posts? Are they given equal opportunities to put those skills into action with real, visible, and meaningful projects?

With a powerful combination of assessments, development programs and real access to visible, meaningful projects and positions during the crucial mid-career stage, companies can truly achieve gender diversity at the highest levels and benefit from the many positive outcomes women executives can deliver.