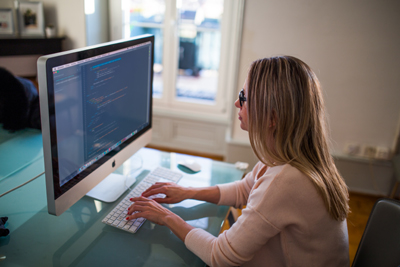 Despite the many gains women have made over the years, a gender gap in leadership still remains.

While women make up about half of the American workforce, they hold fewer than 20 percent of leadership jobs.

As a result of the scarcity of role models, women are often hesitant to pursue leadership positions due to fear of failure.

According to Tina Bacon-DeFrece, who worked as a successful research director for a multi-million-dollar scientific instrument company before co-founding theBig Frog Custom T-Shirts and More franchise and stepping into the role of president, it is important to begin with self-reflection before laying out a strategic plan for personal growth.

For women serious about climbing the leadership ladder and developing invaluable skills to gain a seat at the decision-making table, she offers a few best practices to guide the way:

Employers want educated people working for them. It would be wise to consider learning a new technology, taking a class, or getting an additional degree. Bringing new skills and knowledge to your employer will keep you on track for a higher-level position.

Many aspiring business leaders struggle with finding the time to invest in expanding their knowledge. One simple way to continue your educational journey and gather insights to get ahead is through networking — acquiring knowledge through connections.

Communication failures are the source of most problems at work that, in turn, affect the bottom line.

According to the Clear Company, 86 percent of employees and executives cite “lack of collaboration or ineffective communication” as the reason for many work problems. Communication is said to be among a woman’s strongest skills — use it!

Whether communicating with employers, co-workers or partners, an open communication stream allows for clarity in executing roles and responsibilities. Over-communication may have a bad reputation, but don’t confuse it with micro-management. The best business leaders are those who communicate regularly, clearly, and openly.

Break the stereotype of being less assertive and less likely to speak up and voice an opinion compared to men. Expressing your thoughts will show your employer you are serious about the success of the business and want to take an active role in being a part of its success.

We are creatures of habit, but for those looking to climb the leadership ladder, playing it safe could be limiting your business success. Seek out new roles, new assignments, and new partnerships. These will create avenues for personal development and growth.

For example, Bacon-DeFrece came from the world of chemical engineering but had a desire to be an entrepreneur.

Taking on the challenge of developing a business from the ground up was surely outside of her comfort zone. Not only did it lead to a thriving 65-unit plus franchise system but it led to the presidency of a multi-million dollar company.

4. Stare failure right in the eye

Sometimes women are their own worst enemy.

Women have the tendency to be self-critical and we begin to question, “Am I really the right person to lead this project? I can’t speak in front of all these people, can I? What happens if I fail to launch this business?”

Being afraid to fail creates a hurdle that will stunt your growth. All great business leaders have failed in some regard before they’ve succeeded. It is what you do after failure that determines your fate as a successful business leader.

Build positive relationships with colleagues to create a unified workplace where you and your co-workers are more productive.

Executives in leadership roles are more likely to promote those who bring out the best work in others. When employees are performing well, the business is operating well, and profitability will follow.

These best practices will set you on the path of becoming an outstanding employee and help you climb the leadership ladder. By taking the time to expand your knowledge, take risks, and hone in on critical business skills, you can win recognition in the work place, rise to the top, become a key decision maker, and be part of the movement to close the gender leadership gap.