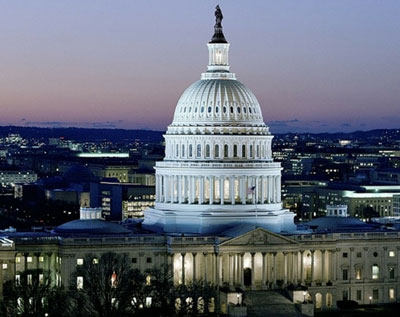 We’ve all heard the basic rule of workplace etiquette: You should avoid discussing politics or religion at the office.

And — while it might feel dated in the midst of our intense, 24-hour news cycle — the rule discouraging conversation about contentious topics at work still makes sense.

A problem with talking politics is that these topics can be explosive, and it is difficult to predict which issues your colleagues may find to be truly upsetting. What starts as a casual discussion of candidates can suddenly spiral into an emotional brawl, upsetting people, and disrupting longstanding working relationships.

And even if you don’t find yourself in an argument, your casual comments could offend a coworker, harm your reputation, or set you up for retribution at a time when you don’t expect it.

Even if you work with people whose views are much like yours, it is still a mistake to indulge in partisan commentary. In this long election period, many folks have grown tired of political talk because it can be repetitive, negative, disturbing, and a big waste of time in situations where there is work to be done.

Beverly Jones, an executive coach and author of Think Like an Entrepreneur, Act Like a CEO, says that understanding how to manage workplace communications is one key to building a resilient career.

Sometimes it is not easy to deal with people who want to impose their views or tease you into reacting. Jones offers these tips to help you avoid becoming bogged down in political chatter at work.

The first step when a political topic is raised is to notice and manage your own emotional response. It’s unlikely that you can prevent coworkers from making occasional partisan comments, some of which you might find offensive. But you can decide how much to let it bother you.

When it would be rude to walk away, take a lesson from successful politicians and allow the rhetoric to just flow by, without rising to the bait.

It’s easy to ignore the occasional reference to politicians, but if co-workers won’t stop talking about them it’s OK to ask them to cease. It’s best to be polite but direct. You might say, “I don’t like to talk about politics at work. I find that it’s too easy for me to feel distracted, and I need to concentrate on this deadline.”

3. Focus on the facts

There will be times when you cannot avoid a political discussion, like when your bosses or clients mention the latest news reports. If this happens, keep your tone matter-of-fact and analytical. Acknowledge others’ opinions in a neutral way, saying something like, “That’s interesting. I think I understand what you are saying.” And never make derisive personal comments, even about your least favorite candidate.

4. Deal with the office chatterbox

We are barraged with political news, so it’s not surprising the issues keep coming up. But your real problem may be co-workers who talk too much about anything in the news, from sports to the weather, and not just about politics.

Although you don’t want to appear unkind, you can set boundaries. It’s appropriate to say, “I can’t take the time to talk now because I’ve got a deadline.”

If you find yourself frequently cutting off too-chatty co-workers, but you want to stay friends, show it’s not personal by finding occasional opportunities for them to express themselves. Suggest a lunch or coffee break, and devote that time to listening to whatever they want to say.

5. Know when a line has been crossed

There’s a difference between dogmatic dialogue and hate speech. If colleagues describe your favorite candidate as an idiot, that’s not about you, and it’s best to let it go. But if they make repeated comments that are racist, homophobic, misogynist, or otherwise demeaning to an entire class of people, that certainly can feel like it’s directed at you.

Sweeping dismissive comments can create a hostile unproductive workplace, and you don’t have to put up with it. Go to your boss or the human resources department and let them know about the situation.

Fortunately, the end of the election cycle is within sight. It’s been a long one, filled with more drama than we could have predicted last summer. Make sure you don’t allow that drama to spill over into your office causing irreparable harm to your working relationships with colleagues and bosses or alienate clients.