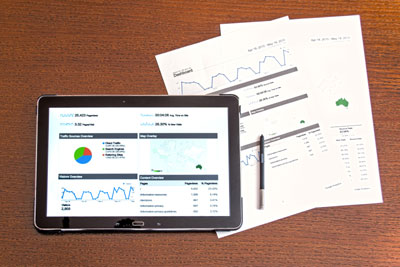 You often hear people say that the annual performance review process is one of the most awful, detestable parts of work.

Two common complaints are that reviews are a waste of time and that they are too stressful. Managers hate spending all the time compiling the reviews. For example, last year Deloitte calculated that its managers spent a combined 2 million hours each year just putting together performance reviews.

Employees hate being judged strictly objectively during a review, particularly if their manager is only focusing on their most recent accomplishment (or failure) rather than on a big project they completed eight months ago.

But when you think about those complaints, you realize that they are a little imprecise. After all, there are certainly people out there who enjoy performance reviews and there are certainly companies whose review methods are innovative and enriching.

A new poll from TINYpulse, a startup specializing in employee engagement issues, sought to find out exactly who hates performance reviews the most. Their findings are surprising, revealing that older workers are more likely to go along with the traditional review process while the youngest workers fear and loathe them the most. The poll is a must-read for any manager with a gaggle of young millennial employees.

TINYpulse polled more than 1,000 professionals in late February, and here are six surprising facts they found about employees’ feelings toward performance reviews:

1. Many feel reviews are outdated

Thirty-seven percent of poll respondents agreed that reviews are outdated, referring to processes that involve spreadsheets or even handwritten notes. In 2015, millennials became the largest demographic group in the workforce. This is a generation raised with iPhones and Twitter. So it’s no wonder that they might balk at filling out a review on paper. Millennials are probably wondering, “Is there an app for that?”

A majority of respondents — just under 50 percent — said that they prefer a review once a year. Quarterly reviews were a second preference at 23 percent. But this trend isn’t firm. Last year the consulting giant Accenture (with 330,000 employees) announced it would do away with annual performance reviews in favor of a system where employees receive feedback on a more flexible basis.

The takeaway from the TINYpulse poll seems to be that reviews are probably here to stay, but they will go through some drastic changes under the influence of millennials. There are already mobile apps emerging to organize the review process by allowing managers and employees to rate performance whenever they feel like it. So if you’re used to a once-a-year review in a document or spreadsheet, get ready for some changes.