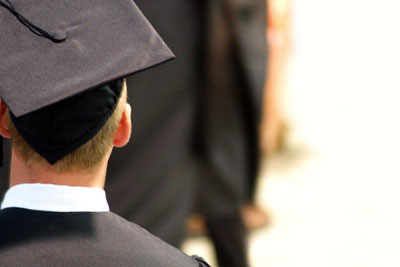 You worked hard to earn your MBA, maybe even got it from one of the very top schools. So you are familiar with how they work.

Even if your diploma is only 10 years old, a lot has changed since you walked across that graduation stage.

I spoke with Paul Ollinger, a stand-up comedian, former Facebook West Coast sales vice president, and author of You Should Totally Get an MBA: A Comedian’s Guide to Top U.S. Business Schools who earned his MBA from Dartmouth’s Tuck School in 1997.

As part of his writing, Ollinger researched the top 25 U.S. business schools and learned how much business school has changed in the past two decades. He cites several important differences between today’s MBA programs and those of 20 — or even 10 — years ago:

Top schools have made gender balance a huge priority, and the results are impressive: many are now recruiting classes that are more than 40 percent female.

This is a meaningful bump over only the past two years (Stanford to more than 40 percent women, up from 35 percent in 2013), but a huge increase over 10 or 20 years ago. The University of Chicago, for example, has more than doubled the 20 percent of women in their class of 2001 to 42 percent for the class of 2016. (Note: this is still less than 50 percent!)

The content of the curriculum has also become more global. Top schools mandate that a minimum percentage of cases taught in their courses pertain to business situations outside the United States.

There is also a much broader selection of internships, consulting projects or study abroad at partner schools or their very own campuses (like University of Virginia’s learning residences in Brazil, India, China, and beyond). While these were an attractive academic option a few years ago, they are now a required part of many programs’ core curriculum.

Today, there are more choices in how one pursues the degree, including executive programs, accelerated one-year programs, distance learning, and MOOCs.

What’s a MOOC? It’s a Massive Online Open Course that allows students from all over the world to study together. University of Illinois at Urbana-Champaign is one of the first schools to offer an all-MOOC MBA, in partnership with the online education company Coursera. Yes, you can now get your MBA in your jammies.

In 1997, Ollinger was one of only three members of his graduating class to go to work in the internet business. Today, technology businesses like Amazon hire hundreds of MBAs around the world each year. Indeed, the technology industry comes in just behind investment banking and consulting in the number of MBAs it hires, which makes the bidding for these new graduates’ services more competitive than ever.

“A laptop was still a novelty when I was in school. We barely used e-mail, and Windows 95 was the major innovation,” says Ollinger. “Man, I feel old.”

Today’s MBA graduates are digital natives — they were raised with the internet and e-mail. They joined Facebook when they were in high school. Snapchat makes sense to them.

So it follows that these kinds of tools are an integral part of the MBA experience. Admissions officers might look at an applicant’s LinkedIn profile to see how she represents herself to the world, as might potential employers when deciding to hire an imminent MBA graduate.

Ollinger took the GMAT (the standardized business school admission test taken by the vast majority of applicants) in June, 1994, the morning after the infamous O.J. Simpson police chase. In those days, the test was just reading comprehension and math.

As part of his immersion into the world of an MBA applicant, he re-took the GMAT last summer (exhuming his antiquated knowledge of geometry from 1986) and learned that it now includes a broader set of evaluative assessments, measuring a candidate’s aptitude in analytical writing, integrated reasoning, and data sufficiency, the tools necessary to keep up in today’s fast-paced business environment. Ollinger reports a score that would not earn him admission to his alma mater, despite being a meta-legacy.

For the most part, paying for an MBA is still a very expensive proposition, with annual tuition increases out-pacing inflation. Two years at Harvard Business School would cost you an estimated $141,000, not including foregone income. But last fall, Arizona State University bucked the system when they announced that their MBA program would be free.

That’s right, two years worth of tuition = $0. Even if it’s not Harvard, that’s a pretty tough opportunity to pass up, if you can get in. Applications to the school have tripled over last year, making admission to ASU a real golden ticket.

Want to read more and find out why? Grab a free chapter from his book.