On the Move Again… Best Cities for Job Seekers 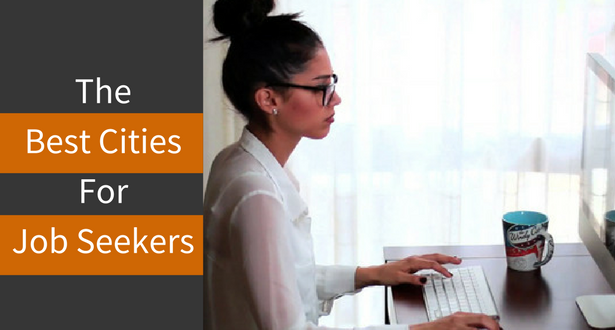 On the Move Again… Best Cities for Job Seekers

Looking to move for work? Here are 4 things to consider.

Maybe you’ve been at your job for years and you’re mulling a career change. Maybe the city you live in is starting to seem too small — or too big. Maybe you’re just starting out in the work force.

Whatever the reason, when you’re in the job market, it pays to cast a wide geographical net. Nationally, the unemployment rate is holding at less than 5% — down from a 2009 high of around 10% — and the job market is seeing steady growth. Still, certain cities have stronger job markets than others. And according to the Bureau of Labor Statistics, job growth between 2012 and 2015 occurred mainly in several key areas: community and social service; computers and mathematics; health care practitioners and technicians; construction and extraction; and art, design, entertainment, sports, and media.

I recently e-mailed with Sam Radbil, whose data analysis team at apartment-hunting website ABODO has compiled a report on the best cities in the country for job-seekers. “Most of our audience is Millennial renters and young professionals,” he told me. “We wanted to see where the jobs that interest them the most are concentrated, so we looked at job concentrations in major cities for the country’s fastest-growing occupations. What we found was sometimes surprising — it’s not all Los Angeles, Silicon Valley, and New York.”

You can read ABODO’s complete report here. But a few trends really stand out and Radbil openly shared them with our readers here:

If you’re looking for work as a counselor or social worker, you’re in luck: Social Service is the fastest-growing job sector in the country. Over the last three years, employment in the field has grown more than 14%. The cities with the most jobs in the field are spread across the country, but the three top metro areas — Philadelphia, New York, and Boston — are all on the east coast, with concentrations well above the national average.

For Tech, It’s Not All Silicon Valley.

True, San Jose’s concentration of jobs in computers and mathematics is 4.3 times the rest of the country’s. And sure, San Francisco comes in at #2 with 2.7 times. But according to Radbil, tech hubs are popping up elsewhere. “Our data show that cities like Austin, Dallas, and Nashville are increasingly popular places for tech jobs,” Radbil said. “Austin has more than twice the average concentration of jobs in computers and mathematics than the rest of the country. As Silicon Valley becomes saturated and cost-prohibitive, cheaper cities across the country are situating themselves as major tech hubs.”

Want a Job in Construction? Move to Texas.

Eight of the top 10 cities for construction jobs are in the West or Southwest, and five are in Texas. Houston, with a construction job concentration 1.5 times the national average, leads the way, but Fort Worth, Austin, San Antonio, and Dallas aren’t far behind. “Texas has one of the fastest-growing populations in the country,” Radbil said. “Major cities — especially San Antonio and Austin — are experiencing construction booms related to housing. And Houston has always been a hub for the energy industry.”

Jobs in the arts, entertainment, sports, and media are unsurprisingly centered in Los Angeles and New York, which show job concentrations at roughly twice the national average. Increasingly, though, cities between the coasts are becoming viable cultural centers, capable of sustaining high growth in the field. “In a lot of ways, our map for this job market looks like a cultural ‘heat map’ of ‘cool cities in America,’” Radbil said. “You’ve got San Francisco, Seattle, Austin, Nashville. But you’ve also got a city like Columbus, which — who knew? — has more fashion designers than anywhere in the country other than New York or L.A.”

Ready to make your move? Studies like this one are by no means a predictor of the future, but they can provide a useful framework for job-seekers looking for a place to start. If certain cities have a higher concentration of jobs in your field, why not start with them? No job search is a pure numbers game, but identifying hot markets is a smart move that will position you for success.