How companies can survive the baby boomer brain drain 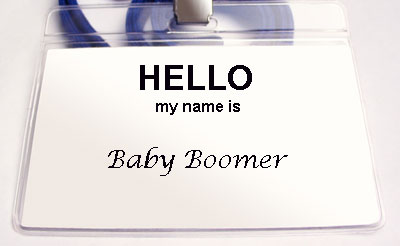 How companies can survive the baby boomer brain drain

The most senior engineer/accountant/practitioner in the department is retiring today.

Co-workers wish her well, buy her lunch, sign her humorous greeting card… and jot down her phone number for the moments in the near future they will need her help. They hope she’ll answer when they call because if she doesn’t, they’ll be sunk.

Such anxious departures happen 10,000 times a day, according to the Pew Research Center. The result of this baby boomer retirement surge? A massive brain drain that threatens to destabilize American business. Many companies are unprepared for the challenge.

A recent study from the University of North Carolina at Chapel Hill reveals that less than 40 percent of employers have taken action to address the imminent loss of detailed know-how. Adding even well-trained millennials to the workforce may not be enough to restore the balance when your company is hemorrhaging its veteran employees.

We’re not talking the stuff of dust-collecting procedure manuals. Dorothy Leonard, a professor of business administration at Harvard Business School, says there is a big difference between information and knowledge. Information is something you can get from Google. Knowledge is the critically-important stuff in your head that has never been written down. And companies often fail to retain it.

It is critical that longtime workers transfer the knowledge they’ve gained from decades of experience to employees who will be taking on their responsibilities. Leonard calls it “tacit knowledge.” Unlike a checklist or a binder full of procedures or reports, this knowledge is hard to identify and even harder to pass on.

It’s a particular focus at Duke Energy, the nation’s largest regulated utility, says Melissa Moran, the nuclear group’s manager of strategic workforce planning. Moran estimates that 46 percent of employees in the nuclear division will be eligible to retire within five years.

Duke has launched multiple initiatives to help transfer what seasoned workers just know to what younger workers must know. For instance, the company developed a board game called Megawatt Fever to help young engineers better understand an energy industry that has not seen a new nuclear facility come on line in nearly 20 years but where experience in maintenance is critical.

Lee Causey, a senior nuclear engineer with the North Carolina-based utility, designed the Monopoly-inspired game with teammate Brad Black to address the cultural shifts in the energy industry. The game teaches the impact of fuel, taxes, costs, and other factors in electricity generation, giving young engineers a CEO’s view and encouraging them to learn more about the industry.

Duke, like many other companies, also pairs longtime employees with newcomers as mentors. According to Moran, such shadowing often results in surfacing “nuances,” those small actions that help get the job done but may not ever be mentioned. That information is used to enhance and improve existing technical illustrations and instructions.

Duke has a lot of company when it comes to ensuring smooth generational knowledge transfer. Other big players are taking similar steps. General Motors uses an internal mentor portal to connect older and younger workers. So far, the finance department has been the biggest winner, with retiring workers schooling youngsters on the often arcane world of GM accounting. Employees have the option of tailoring their search for a mentor by details like job title or education, and senior staffers interested in mentoring can seek out mentees.

Michelin North America uses phased retirements to encourage senior employees to train younger workers for specialized roles when they are at work, and to give junior staff the opportunity to be hands-on when their experienced counterparts are away enjoying their part-time retirement.

In the end, businesses must be prepared for this mega-generation to retire after decades of experience. Businesses can start by analyzing their workforce to understand the scope of the problem, and then implement programs to capture and pass on the tacit knowledge that is critical to their future success, and that of their younger employees.