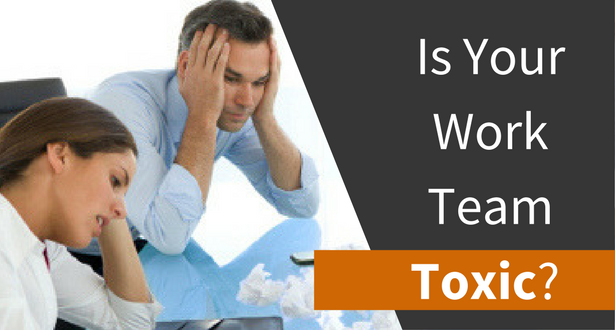 In the world of business, it’s safe to say all work is done in teams. Ask anyone and they’ll tell you most of the teams they’ve been on are average or mediocre, or good but not great. And sadly, many can tell you in dreaded detail about the toxic teams they’ve been on where gossip, sabotage, and finger-pointing were the norm.

Does this sound anything like the team you’re currently on? Are you the leader of one of these teams? If so, you know how these teams can suck the life out of you and it’s time to turn things around.  Abby Curnow-Chavez, Trispective Group, offers ways to fix a toxic team.

Curnow-Chavez told me, “My partners and I wanted to understand what separates the best teams from the toxic ones so we studied thousands of teams, analyzed the data, and looked for patterns. We named the worst of the worst Saboteur Teams because, on them, someone is always working against at least one of their teammates.”

Here are the telltale signs the team you’re leading is a Saboteur Team:

If this sounds like the team you lead, it’s time to do something, because Saboteur Teams destroy value at every turn and they are miserable experiences for everyone on them:

If you lead a Saboteur Team, it’s up to you to turn it around. The good news is, improving your team is doable and it’s definitely worth it. Your main challenge as the leader is to change the dynamic by enforcing a no-tolerance policy on destructive behavior, rebuilding trust, setting clear standards, and defining a shared purpose. Here are five steps to get your team out of this highly dysfunctional place:

If you don’t take full ownership for fixing your team, it won’t get better! Think about what you did to allow for this dynamic and what you didn’t do to address it. This could be an excellent time to get 360o feedback to understand others’ perceptions of your effectiveness as team leader. Talk openly with your team about your role (good and bad) and set a new standard for how you expect the team to work together.

2- Study the Facts and Seek Out the Truth.

Use data and feedback to figure out what is really happening on the team. Get others’ perspectives. Ask questions, listen, stay curious, and be open to feedback. Be willing to seek the truth, even if it’s hard to hear. Team leaders tend to have the perspective of some, but not all, team members and may have a biased view of what’s really going on. Stay neutral and listen without judgement to fully understand why your team is struggling.

As the team leader, it’s critical you set a new standard for performance and behavior. Set the bar high and apply it to ALL team members. You can’t have different standards for different team members. Too often the negative behaviors of certain individuals are overlooked or ignored for various reasons. This doesn’t help, it hinders.

Make sure the team understands the repercussions of their actions and be willing to follow-through. Frequently point out examples where team members are, and are not, living up to the new standards. Remember, you get what you tolerate!

The team needs to meet regularly and, as the team leader, you need to keep everyone committed to the new rules of the road. If you need to, find a strong facilitator to help. That person could be a professional facilitator, an internal HR business partner, or a trusted colleague who has skills and is viewed as being neutral. Involve the team in discussing its challenges and suggesting ways to improve. Don’t forget to celebrate the team’s progress and successes, even the small ones.

Turning around a Saboteur Team may be the hardest work you will do as a team leader. It takes time, courage, and commitment. Keep your vision in front of the team and give team members regular feedback and coaching. Look for and publicize quick wins and reward the right behavior. For many team leaders it’s tough to do this, but remove team members who aren’t willing or able to change. It only takes one saboteur for the whole team to become toxic – make the tough decisions when you need to. No leader has every regretted getting rid of an underperformer or a saboteur.

If you’re the leader of a toxic and dysfunctional team, you’re likely suffering from the experience. And, it’s likely your business results are suffering too. Facing the truth about your team, setting a new standard, requiring the team to build strong and healthy relationships, and developing new habits takes energy and courage. However, once you begin the process of turning around your team, you are likely to see improvements immediately. Be intentional in your efforts – and persistent – and you’ll reap the rewards.