How technology both stifles and fuels employee productivity 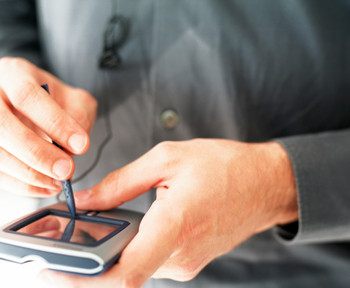 How technology both stifles and fuels employee productivity

Employers are constantly trying to find ways to foster productivity at work. Unfortunately, there are countless productivity killers in the workplace that can affect employees’ abilities to do their jobs.

According to a recent CareerBuilder survey of more than 2,000 hiring and HR managers, the most common culprits of low productivity in the workplace are cell phones and the Internet, followed closely by gossip, social media, and email.

It comes as little surprise that technology is at the core of four of the five top productivity killers. But what employers don’t recognize is that Americans really do want to be productive at work and in their personal lives. Ironically enough, they say they need technology to do so.

A new survey from Crucial.com on Americans’ opinions about productivity shows that more than 80 percent of them actually want to be more efficient and think technology can help them get there.

In today’s digital world, technology always runs the risk of being a distraction. While 87 percent of Americans claim technology plays an important role in their productivity, 63 percent admit their efficiency is most impacted when technology lets them down.

One easy way for individuals to overcome a technology-driven slump is to learn simple ways to improve under-performing tech devices themselves.

That said, only 37 percent of those surveyed feel confident fixing their computers should a problem arise. And three-quarters of Americans don’t know what computer memory is, which is the component within our computers that allows us to run multiple applications at once, multi-task and generally be more productive.

The survey also sheds light on several other opinions related to Americans’ productivity:

Almost all Americans want to be more productive, but everyone has a different idea of how to achieve optimal productivity. Certainly sleep, exercise and time of day play important roles. But technology seems to own the market when it comes to helping (and hurting) Americans’ productivity both at work and at home.

As Americans begin to recognize what is inhibiting and encouraging their productivity in their professional and personal lives, they can pinpoint ways to reach their collective goal of being more efficient.