How tough is today’s interview process? Look at this real-life example 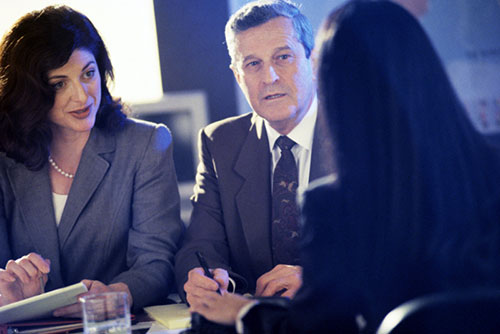 How tough is today’s interview process? Look at this real-life example

For those of you in finance and other technical positions, the following is the actual interview process experienced by a candidate for a finance position in a non-financial company.

This interview was with the hiring manager, who asked a combination of behavioral-based and standard questions such as, “Why this job? Why are you leaving your current company? What is your biggest accomplishment? Your best role? Your least favorite role?”

We also walked through my résumé. There was one question on the hiring company: “What is our biggest asset?” At the end of the phone call, I was advised I would advance to the next phone interview.

The senior finance manager conducted this interview, and I was asked a series of behavioral-based questions, similar to those in the first phone interview. I heard at the end of this interview that they would probably fly me out for face-to-face interviews.

I was stationed in a conference room (the same one all day), and interviewers came in and out with their computers for the interviews.

First interview: The interviewer came in with his laptop to conduct an Excel-based forecasting test. I was given sales data by month for one quarter, various currencies and geographic locations. I was asked to organize the data by three regions and use foreign exchange (FX) rates to calculate sales data in U.S. dollars. I was given base prices and purchase prices, then calculated split base plus options, and used the resulting data to forecast where sales should be optimized for the next quarter.

Second interview: The interviewer brought her laptop for an Excel-based financial statements test. I had to link “blanks” within a balance sheet, an income statement, and a cash flow statement.

Third interview: Again the interviewer was armed with a laptop, and I was asked to scrub data and use Excel to calculate budget versus actuals. Given thousands of expense lines, I was tasked with pivoting/organizing the data so I could understand cost centers and groupings. Then, I was asked to explain why variances occurred — usually an expense item didn’t belong or was way out of whack. For example, the company opened a new store that wasn’t in the budget and the resulting rent total was up. In another case, repair expenses were up because one item was incorrectly categorized: It should have been capitalized rather than expensed.

Working lunch: I lunched with a couple of analysts who asked me questions like, “Why did I want to join the company?” Plus, they just paused to see what kind of conversation I made.

Fourth interview: On his laptop, the interviewer asked me to perform an Excel-based go/no-go consulting-type project. The scenario was, “Should we do a project that lasts 12 months?” I was given x-amount of expenses, x-amount of fees, different currencies and rates of return. It was basically a net present value (NPV) test. Once I calculated the NPV, I was asked to explain my thinking and advise which other variables should be taken into account in deciding whether to accept the proposal.

Fifth interview: This interview was with a senior manager who asked all behavioral-based questions, similar to those in the second phone interview. There were two questions not usually asked: “Convince me NOT to buy our product,” and “What are our main product’s biggest weaknesses?” In this interview, I got to ask my pre-prepared questions, too.

Sixth and final interview: The final interview was with the CFO, who also asked more behavioral-based questions. It was mainly just a conversation, but he was pretty deep and asked questions like, “What do you want to do?” I think he pushed me because he wanted a pretty clear understanding of my career ambitions.

Whew! I’m exhausted just thinking about this interview day. And most of us would have bombed this big-time. This company, however, had many candidates who “passed” these interviews and they had a hard time selecting Michael, my coaching client. Way to go, Michael!

It’s pretty clear: Companies are being thorough, and candidates better know their stuff! I don’t think I need to close this with lessons learned — I’ll just remind you to prepare, prepare some more and then prepare even more! You can do it!