Is it OK to text your boss that you’re too sick to work? 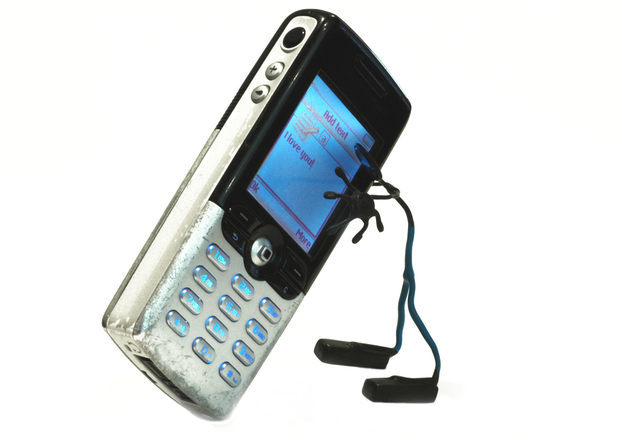 Is it OK to text your boss that you’re too sick to work?

Would you rather text your boss instead of calling when you’re feeling under the weather?

Well, you’re not alone. In his new book Texting in Sick: How Smartphones, Texting, and Social Media Are Changing Our Relationships, cultural analyst Rune Vejby discusses the role that texting has come to play in our interactions with other people.

Vejby writes about one study based on data from more than 2,000 Americans aged 18 to 34. The study found that fewer than half call in sick to work. The majority opt for the text-based alternatives of email, texting, and social media. Of the three, texting was the most popular by far.

Vejby points out that texting is also used in more complex contexts than calling in sick, such as breaking up relationships and delivering bad news.

“Actually, I wasn’t surprised by the results,” he says. “I’m part of the millennial generation myself, and I know how text-dependent we are. According to my surveys and interviews, more than eight out of 10 young people today rely primarily on text-based media such as texting and email when they communicate with others — regardless of whether it’s with friends, colleagues, or employers.”

According to Vejby, there are three main reasons why texting has become so popular. First, it makes us feel less anxious than having a difficult conversation in person. Texting in sick is a pain-free alternative to picking up the phone and hearing your manager’s distressed voice when she realizes she has to find someone to cover for you.

Second, texting gets to the point immediately. There’s no linguistic handshaking and small talk to deal with. As such, texting is the perfect fit for our highly pragmatic culture — one in which we value getting things done as quickly and efficiently as possible.

Finally, most modern smartphones are not well-suited for making phone calls. With screens often larger than five inches, smartphones have nudged us towards texting simply because it’s easier than holding a huge mobile device up to our ears.

But in the context of work, Vejby warns that texting is rarely ideal for three reasons:

Most managers disapprove of employees texting them in contexts that fall outside of casual communication. For example, only a third of the managers Vejby interviewed found it acceptable for staff to report in sick by text. “The vast majority of managers felt disappointed if they received a text instead of a call, especially if they hadn’t talked with the employee in advance about appropriate ways to report in sick,” Vejby notes.

The same goes for other types of workplace conversations that involve more than just a simple message or small talk. “Only when the relationship is already very strong can an employee text their boss without compromising trust,” Vejby says.

2. You will regret it afterwards

While a text might relieve feelings of anxiety for the sender, it only provides short-term satisfaction.

“Most people regret handling complex conversations on text afterwards,” Vejby said. “This is true in both personal and professional situations, such as breaking up relationships, delivering bad news, and reporting in sick for work. When we choose to text in those circumstances, we’re often left with a feeling that we should have done that differently.”

When we manage to successfully handle anxiety-provoking conversations in person or on the phone, we feel that we have really accomplished something. There’s a sense of gratification, of being proud of ourselves. Texting doesn’t give us those same positive feelings, because it’s simply too easy. It takes the risk out of the conversation. When we avoid risk, we don’t experience the satisfaction that comes from successfully overcoming a difficult situation.

3. You might lose out on nurturing important communication skills

When we communicate in person, we draw on a wide range of social cues, such as tone of voice, gestures, facial expressions, and more. Learning how to read other people, show empathy, and avoid ambiguity are important, particularly when we are facing emotionally complex or difficult conversations. Such communication skills are invaluable not only in our careers, but in every interaction we face.

Texting doesn’t allow us to put any of those skills to use, at least not in a meaningful way. However, if we take the time to have more of these important conversations by phone, we can learn to master the intricacies of successful communication and ultimately build greater trust and confidence.