Are You Selling Yourself Short? 4 Ways to Get Ahead 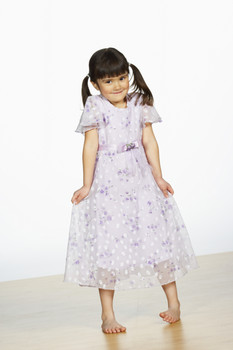 Are You Selling Yourself Short? 4 Ways to Get Ahead

In a country brimming with self-confidence, it turns out that Americans are actually selling themselves short, especially in the workplace. In a recent survey from Sandler Training, four in five Americans believe that “selling yourself” is a key factor in getting ahead in life or business, but almost two-thirds (62%) of us spend an hour or less a day actually doing it.

It’s not because workers don’t believe in themselves, either! Two out of three workers surveyed say they have the utmost confidence in their selling abilities, while more than half say they can outsell their colleagues or competitors.

I spoke to Dave Mattson, CEO of Sandler Training, to find out why workers spend so little time selling themselves, even though they recognize the importance. “Stereotypically, there’s the notion that salespeople are pushy and a nuisance,” Mattson says. “But, even if ‘sales’ isn’t your official profession, there are palatable ways you should be selling at work.”

Here are four important ways to sell your ideas – and your overall contributions – at work:

1. Align yourself: In order to successfully sell your ideas at work, passion and conviction alone won’t be enough, Mattson says. Instead, couple them with ideas that support your organization’s mission. “You can’t lose sight of the end goal,” he says. “Know where leadership wants to take the company, and check yourself regularly to make sure you’re in line.”

2. Speak up: Workers these days are somewhat trained to hide behind email, thinking it’s more efficient. “Conversation in person or by phone has the added feedback of a person’s tone, and you can shift your argument according to their reactions,” advises Mattson.

3. Be aware of your brand: Selling at work isn’t just about what you say. According to Mattson, selling yourself should actually be woven into every part of your day. It’s in how you dress, what you choose to become involved in, your general attitude at work, and the conviction and depth of your ideas. Added up, all of these things create an impression of who you are and what you do.

4. Make it normal: Workers should be careful to avoid selling themselves only at annual review time. A better approach is to be conscious of selling yourself and your contributions on a continual, consistent basis. The worker who is surprised by his or her annual review – either for good or for bad – hasn’t had the right approach. As an employee, you have to put the responsibility on yourself to make sure that those “check-in” conversations happen. And yes, those should happen face-to-face or via webcam; not via email. Incorporate your boss’s feedback as you adjust your working habits, your contributions, and the way you sell yourself.

Your career is yours and yours alone. Nobody – and I mean nobody – cares about your career as much as you do. If you are not selling yourself, no one else will. So why are you putting so little time into it? Challenge yourself to start something new…right now.