Tips for finding a STEM job 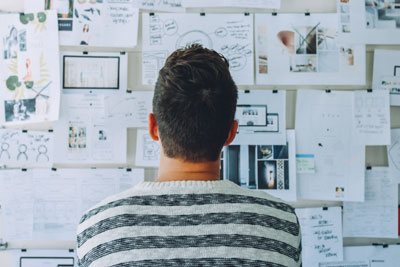 Tips for finding a STEM job

If your child is a whiz in science, technology, engineering or math (STEM), you’ve got yourself a fallback retirement plan.

But what if YOU’RE looking for that STEM job?

The so-called STEM fields are in high demand and that trend only promises to intensify moving forward.

STEM workers earn 81 percent more than the national average for all occupations, according to the Bureau of Labor Statistics(BLS), and STEM jobs are expected to grow considerably faster than non-STEM jobs through 2022.

This topic was recently the subject of a report by the personal finance website WalletHub, which identified 2016’s best and worst cities for STEM professionals. To learn more about the report’s findings, particularly how job seekers can use the information to land the best job possible, I spoke to WalletHub’s senior editor John Kiernan. Here are his tips:

For many people, Silicon Valley is synonymous with technology. After all, it’s where Apple, Alphabet (Google’s parent) and numerous other notable tech companies were born and still call home. And it boasts a solid supply of talent, thanks to the conveniently located Stanford University.

But while Silicon Valley is certainly the epicenter of the tech world, at the end of the day it’s still just a small part of that world.

“Yes, the San Jose-Sunnyvale-Santa Clara metro area, where Silicon Valley is, ranked first in our report,” Kiernan said. “But some really great areas followed very closely behind, and your particular set of skills may play better outside the uber-competitive Valley.”

The runners-up, in order, include the Austin, Seattle, Denver, Minneapolis and Boston metro areas. The San Francisco, San Diego, Atlanta, Charlotte and Nashville metro areas are all in the top 25, too. Plus, Houston (8 th overall) has the highest median salary, $76,056, while Detroit (35 th) has the highest annual salary growth, 4.11 percent.

Housing accounts for one-third of the average person’s annual expenses, according to BLS data. That means housing costs should be top of mind when you’re considering where to live and work.Winston-Salem, North Carolina (47 thoverall), and Scranton-Wilkes-Barre-Hazelton, Pennsylvania (66 th), boast the most affordable housing, according to WalletHub’s findings.

“ In this day and age, you and your employer don’t have to reside in the same city,” Kiernan said. “Plenty of jobs are telework-friendly, especially in the technologically progressive STEM fields.” This not only expands your options during the application phase, it also enables you to choose a low-cost place to live in order to maximize your paycheck and spend more time at home.

One of the reasons that STEM professionals earn nearly twice as much as the average person is that there aren’t enough qualified people to fill all of the related jobs. In fact, U.S. colleges and universities need to produce 34 percent more STEM graduates annually just to keep up with the demand, according to the President’s Council on Science and Technology.

Your services are therefore in short supply, especially if your specialty issoftware development. “Use that to your advantage,” Kiernan said. “Enter every interview knowing the going rate for that position, and don’t be quick to take the first offer you receive. Unless you’re dealing with one of just a few tech titans, you have both the upper hand and the luxury of patience.”

High salaries often are accompanied by high expectations and considerable demands on your time.

It’s not a coincidence that the major cities in the top three metro areas for STEM professionals rank 27th, 22nd and 32nd among the best cities for families, according to another WalletHub report. “You need to ask yourself what your free time is really worth before signing on the dotted line,” Kiernan said.

At the end of the day, STEM professionals are well positioned for success no matter where they decide to live. Maybe space camp and all those video games will pay off after all!