Women: Cut the Crap and ask for a Raise! 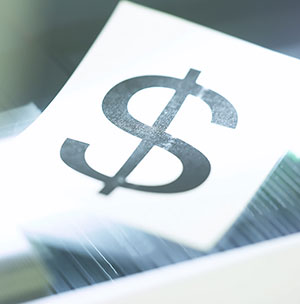 Women: Cut the Crap and ask for a Raise!

As a former general manager at Microsoft for 11 years, I know the IT industry well. That’s why I was disappointed when new Microsoft CEO Satya Nadella blundered at the Grace Hopper Celebration of Women in Computing conference, implying that women shouldn’t ask for raises.

The problem occurred when Maria Klawe, president of Harvey Mudd College and a director at Microsoft, asked: “What do you advise women who are interested in advancing their careers but not comfortable with asking for a raise?”

“It’s not really about asking for a raise, but knowing and having faith that the system will give you the right raise,” Nadella told the gathering of 8,000 people, most of them tech-minded women. “That might be one of the initial ‘super powers’ that, quite frankly, women (who) don’t ask for a raise have. It’s good karma. It will come back.”

To his credit, Nadella later backpedaled, tweeting: “Was inarticulate re how women should ask for raise. Our industry must close gender pay gap so a raise is not needed because of a bias # GHC14.”

Lots of people were outraged by Nadella’s gaffe. But here’s the thing: Everyone — from tech industry leaders to women who work for tech companies (or want to) — needs to cut the crap!

Women don’t demand salary raises as often as men. Last year, Mint.com released the results of a survey showing that 55 percent of women are apprehensive about negotiating pay, while 39 percent of men say they are anxious. Women view the salary negotiation process as similar to “going to the dentist” while men consider it like “winning a ballgame.”

The good news: A Citibank/LinkedIn study found that 27 percent of women had asked for a raise in the past year and 84 percent of those women got it.

Come on, women, studies show you’re likely to get a raise if you ask for one, so ask for one if you think you deserve it. Don’t sit back and wait for “karma” to work in your favor. Guess what? It probably won’t. Come back to this column for tips on how to do this well.

2. Women: Cut the crap and go after a job in technology if you want one

The Girl Scout Research Institute reports that 74 percent of high school girls say they would consider a STEM (science, technology, engineering and math) career, but about 18 percent of U.S. computer science graduates are female. That’s down from 37 percent in 1985.

Women, if you really want a STEM career, you need to go after it. There’s nothing stopping you and it will be hugely rewarding. Companies like Microsoft are thriling places to work.

3. Companies: Cut the crap and provide paths for women to enter a tech career

Our country is pouring millions of dollars into attracting our female youth to STEM (science, technology, engineering and math) jobs. From the White House to the private sector, significant resources are being spent on trying to attract K-12 and college women into these fields. Even Microsoft started “DigiGirlz” in 2000 to help dispel stereotypes associated with careers in technology.

At the same conference where Nadella made his comments, Facebook, Box and Pinterest teamed up to form a pilot mentorship program — WEST (Women Entering and Staying in Tech) — aimed at maintaining and furthering interest by women in tech careers.

4. Companies: Cut the crap and get rid of the ‘macho’ culture that is driving women away from tech jobs

It was refreshing to read this article written last week by Blake Irving, CEO of Go Daddy. He argued that the tech industry is not welcoming to women.

“Education in math and science could be the root of the problem, but the tech industry’s macho culture must also change,” he wrote. “The environment we’ve created in tech is simply off-putting to most women.”

The most poignant observation he made was, “What’s worse, the more women who leave tech or opt never to enter, the more unwelcoming the environments potentially become. The compounding effect of this negative feedback loop is anything but subtle, and it’s keeping our industry behind the curve on this issue.”

Don’t forget that these problems affect women in all functions in the technology industry, not just for women in technical positions. We need to expand our aggressive efforts to include women in any role in the technology sector: sales, marketing, finance, operations, staff, etc. Every woman deserves a fulfilling and equitably-compensated career in any industry — without having to ask for a raise.

Note: I’m over-using “Cut the crap” since my book is titled “Cut the Crap, Get a Job!” Crap comes in two forms: mistakes and excuses. People and industries are not crappy.