Working remotely? How to be the best virtual teammate 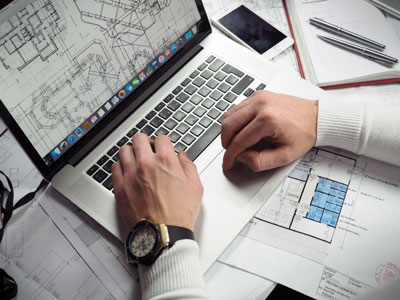 Working remotely? How to be the best virtual teammate

In this globalized, highly-connected world, as many as 50 million Americans — 40 percent of the workforce — work from home at least part of the time. Approximately 48 percent of all managers spend half of their week working remotely (from home or on the road). Studies reveal that those who work remotely are often more productive than their office-bound counterparts.

When it comes to teams, though, the data tell a different story. In their 2001 study of 70 virtual teams, Vijay Govindarajan and Anil Gupta found that 82 percent of virtual teams fell short of their goals and 33 percent rated themselves as largely unsuccessful. Furthermore, a 2005 Deloitte study of IT projects outsourced to virtual work groups found that 66 percent failed to satisfy client requirements.

So how do you balance the reality of increased virtual work with the drawbacks of teaming virtually? I spoke with Committed Teams authors Mario Moussa, Madeline Boyer and Derek Newberry about how you can be the best virtual teammate, a skill that will undoubtedly serve you well.

Trust is a key to success for any team, but for virtual teams trust is the glue that binds teammates together across distances and time zones. If people do not trust one another to deliver, they waste time on duplicate efforts, timelines are delayed, and creativity and innovation suffer.

Boyer says that “as a virtual teammate you should capitalize early on swift trust — that benefit of the doubt we give people we’ve recently met—and turn it into cognitive and affective trust.”

Cognitive trust is the kind of trust the comes from knowing you’ll deliver, because you’ve developed a track record. Affective trust is the feeling that someone can trust you because they know you. Work equally hard early on to produce results and build relationships so that your teammates trust and value your presence on the team.

Be explicit about expectations

One of the biggest barriers to virtual teamwork is communication. Newberry says the solution is actually quite simple: “Be upfront and clear.”

Let your teammates know what to expect from you—how often you are available to have conference calls or video-chats, whether you prefer emails, texts, or voicemails, and what turnaround time they can expect from you on any given mode. “As explicit as, ‘If you send me a text I’ll get back to you within the hour, but I may take up to a day to respond to emails—so if it’s important, send me a quick text first’,” is what Newberry suggests.

When you work on a team that is co-located, it’s easy to walk down the hall and pop in to Sally’s office to ask how she’s coming along with that report. Virtual teams don’t have the benefit (and psychological reassurance) of frequent face time. Moussa warns, “Managers tend to evaluate those working remotely less favorably than those in the office, simply because they see them less — even if their performance metrics are even.” When working on a virtual team, anxiety levels can rise when team members are not frequently checking in.

Check in way more frequently than you normally would on a traditional team. Daily updates on where you stand on key deliverables may seem superfluous, but can go a long way towards positioning you as a star member of whatever team you’re on.

While virtual teaming presents unique challenges to high performance, trends indicate it is not going away any time soon. By making sure you are the best virtual teammate you can be, you are positioning yourself to be sought after in any organization.